Kehinde Wiley is a fascinating portrait painter based in Los Angeles. His work is highly based on the master painters and evokes the Baroque Era. Within one composition Kehinde Wiley merges the two worlds by having his models pose in their everyday clothing and sometimes in the streets and proceeds to paint beautiful details behind them. Being a black artist himself, he strives to glorify the beauty of black people and give them their due place on the walls of museums.

To design a book sleeve that illustrates Kehinde Wiley’s work for a large book dedicated to him, as well as inside spread design.

I analyzed my artist’s work and watched his interviews to understand his work process as it would be the foundation of my solution. The process required digital sketching, image treatment and assessment of special printing. My goal was to visually interpret the idea of what makes Kehinde Wiley’s portrait painting so unique: by adding his signature Baroque details to what seems to be a modern portrait.

The final idea was a double cover. The first book cover was glued directly on the book and showed the portrait of one of Wiley’s models on an orange background. The second layer was printed on clear acetate and showed Wiley’s iconic hyper-detailed frames and backgrounds. 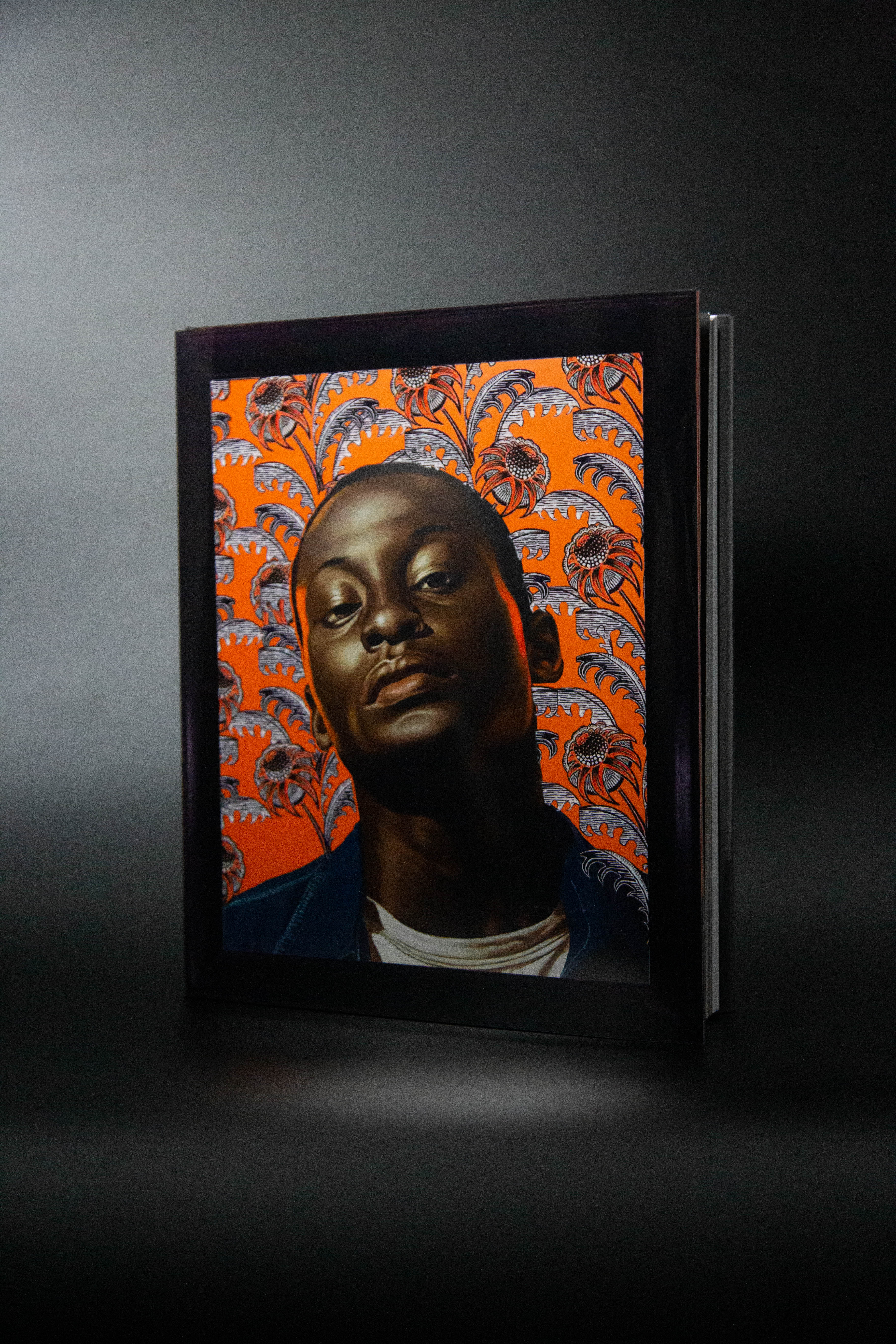 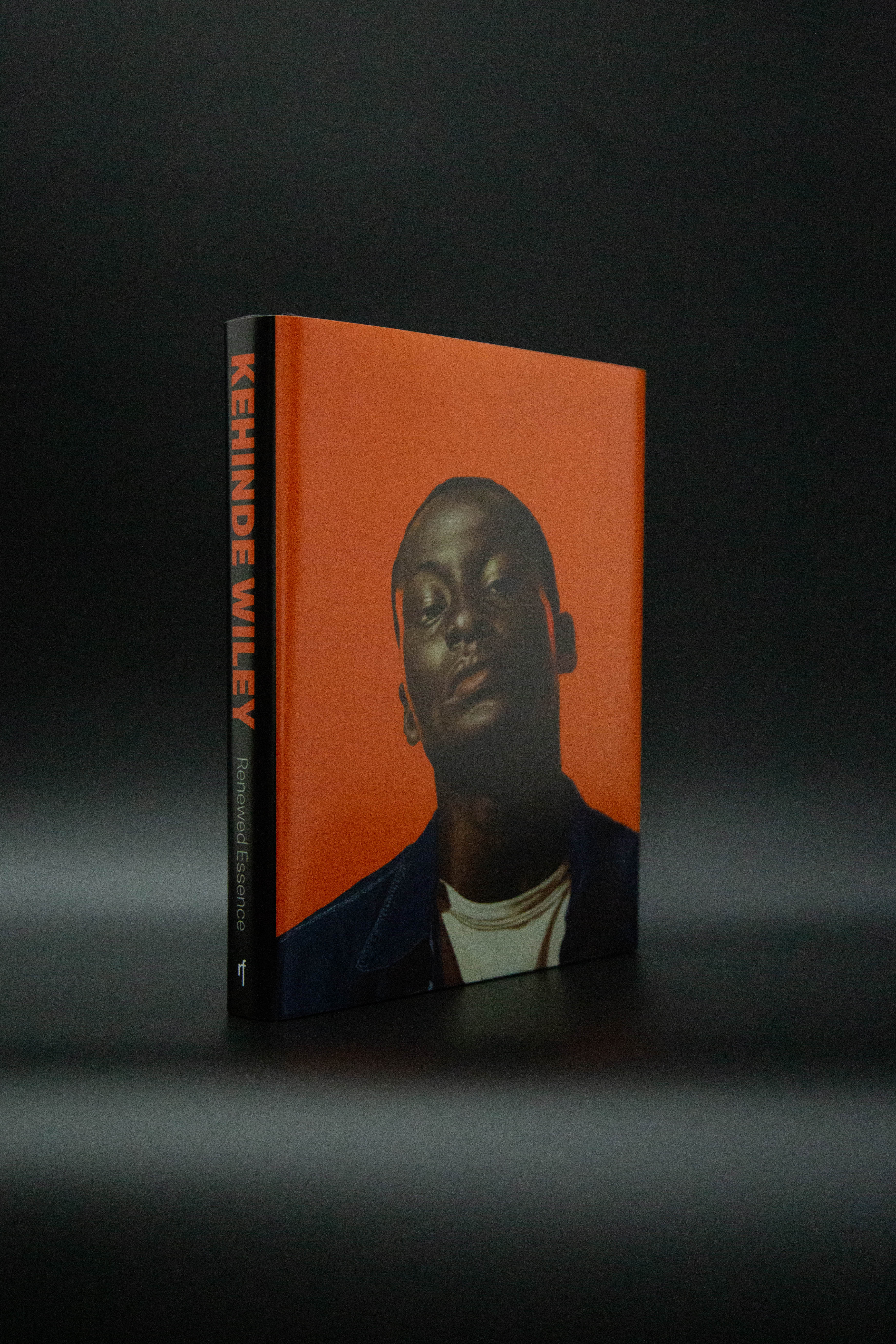 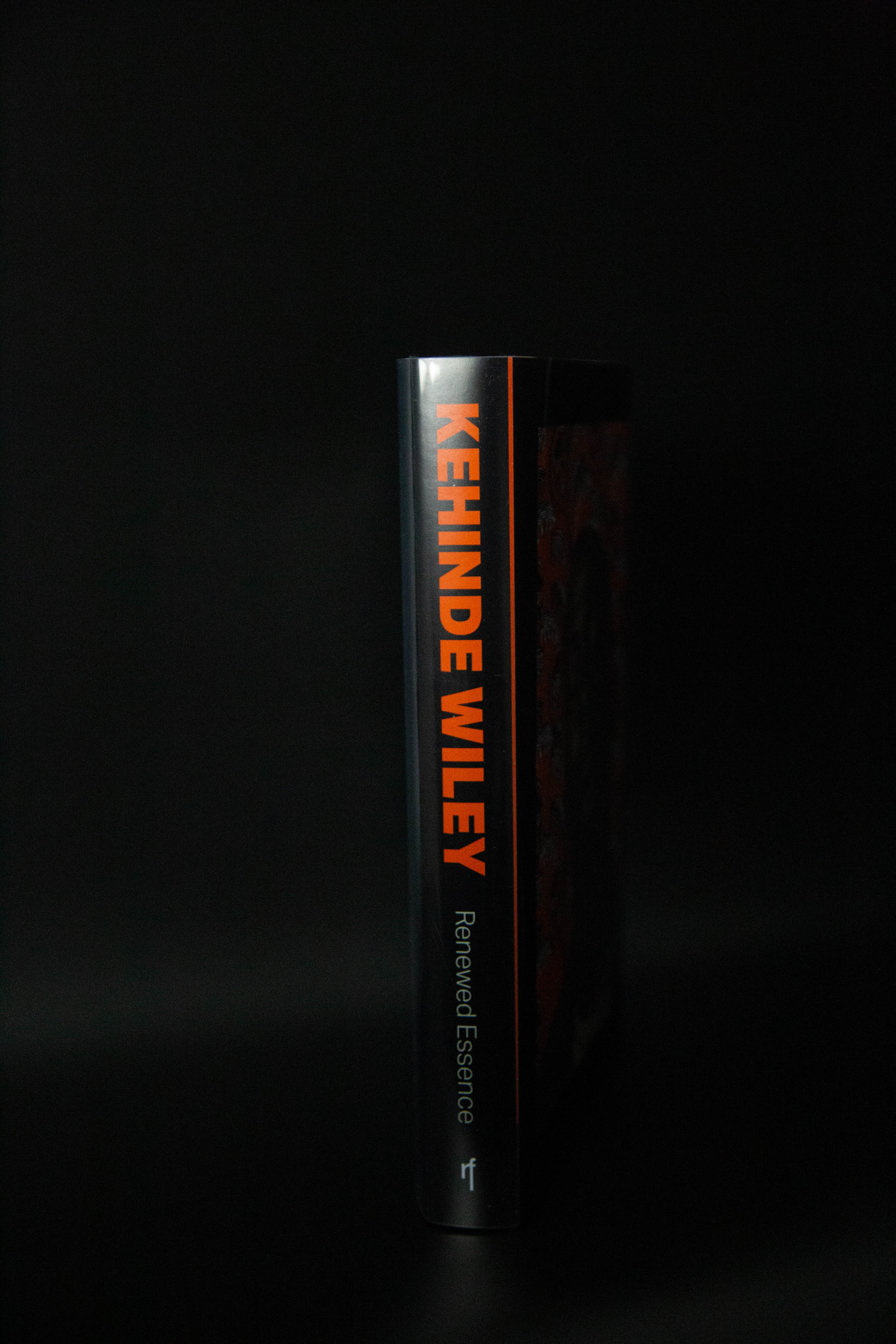 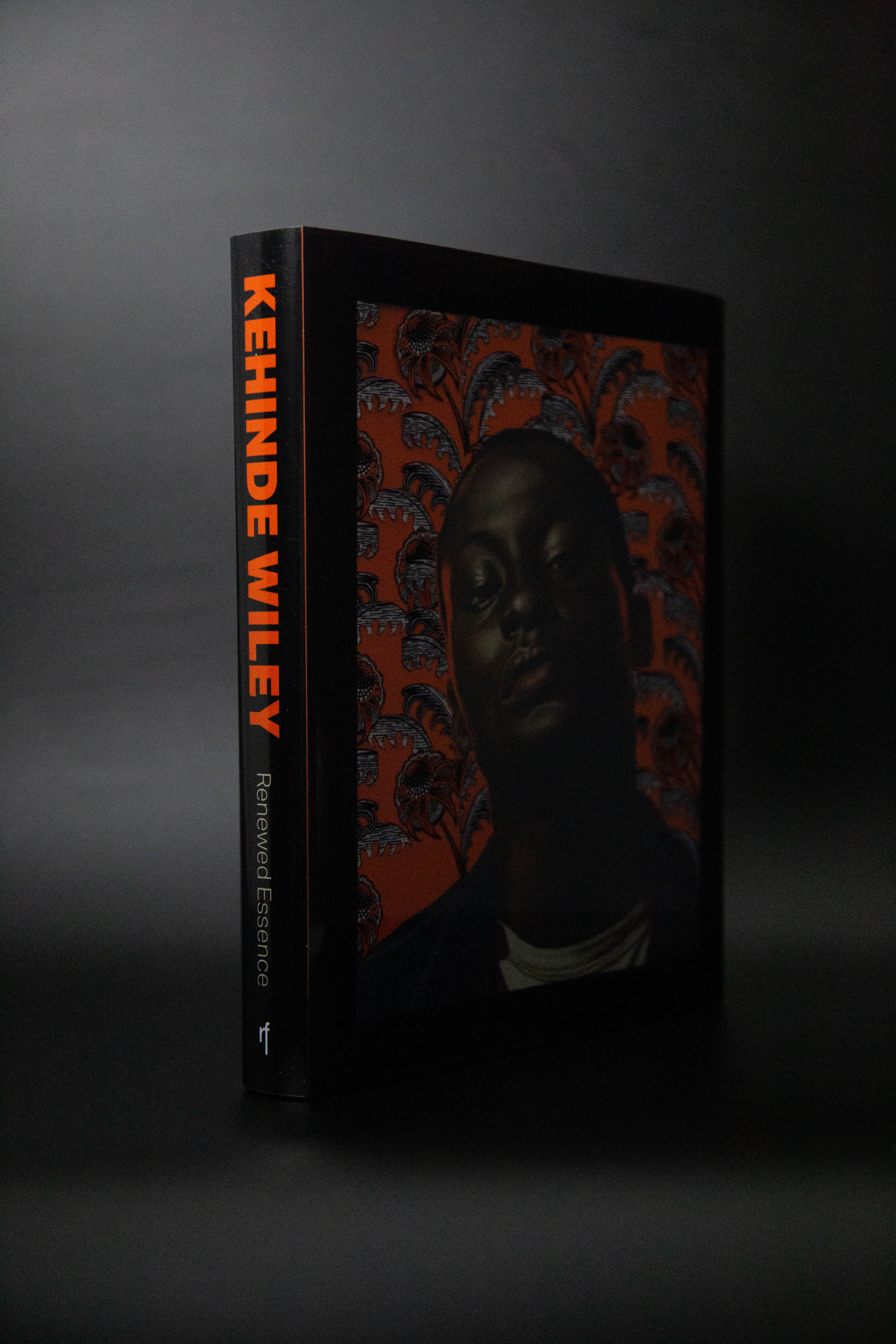